>PDF version of a petition

We, the undersigned, are Indonesian civil society organizations with great concerns about the energy transition and assistance to developing countries, which is one of the main agenda at the 27th session of the Conference of the Parties (COP 27) to the United Nations Framework Convention on Climate Change (UNFCCC) in Egypt and G20 Leaders’ Summit in Indonesia to be held this November. We are particularly paying close attention to Indonesia, where the United States and Japan are reportedly leading negotiations for the “Just Energy Transition Partnership" (JETP)[1].

On the other hand, we have a strong sense of crisis about the support that the Japanese government, together with Japanese companies, has been promoting/is planning to promote in the discussion on energy transition. The energy transition should be a transition to sustainable and renewable energy based on the needs and consensus of each local community.

As a long-term direction, the proposal also includes the followings;

Moreover, what is very worrisome is that Japanese companies have already announced feasibility studies and pilot projects[4] related to co-firing technology and CCS/CCUS in Indonesia one after another.

These proposals and cooperation are not the energy transition we need. On the contrary, they clearly lead to prolonging the lifespan of fossil fuel energy such as coal and gas. Supporting fuels and technologies, which will not reduce greenhouse gas emissions and are riddled with economic and technological uncertainty[5][6][7][8][9], as necessary for the energy transition is an imposition of the “false solutions”.

Also, from the perspective that serious environmental and social problems have been already occurring at existing coal/gas extractive/development sites and thermal power plants, it should be avoided to prolong the lifespan of fossil fuel energy through co-firing of ammonia, biomass, etc., and CCS/CCUS.

For example, Mitsubishi Heavy Industries, Ltd. (MHI) has already submitted a proposal to the Indonesian government to promote the adoption of biomass co-firing at the existing coal-fired power plants, where a coal plant (Unit 2) in Suralaya, Banten was earmarked for a pilot study[10]. In addition, a feasibility study on ammonia co-firing at the coal-fired power plants in Suralaya, commissioned by the Ministry of Economy, Trade and Industry (METI), is being conducted by MHI, Mitsubishi Corporation, and Nippon Koei Co., Ltd.[11].

In the vicinity of the Suralaya coal power plants, where eight units (4,025 MW in total) have been in operation since the 1st unit began its operation in 1984, residents have been suffering from health damages, such as respiratory diseases, and adverse effects on livelihoods, such as fishing, caused by ash and dust[12]. The longer operation of the Suralaya coal-fired power plants with biomass or/and ammonia co-firing will also prolong the suffering of these residents. Instead of supporting biomass or/and ammonia co-firing, the JETP, the Energy Transition Mechanism (ETM) of the Asian Development Bank (ADB), the Accelerating Coal Transition (ACT) investment program of Climate Investment Funds (CIF) etc. should support the early and complete closure of the Suralaya coal-fired power plant.

Likewise, if the feasibility studies related to co-firing technologies and CCS/CCUS result in extending the lifespan of fossil fuel energy, coal mining will continuously cause serious environmental damage, and more disasters will occur in Indonesia. Currently, almost 5 million hectares of land have become coal mining areas in Indonesia, of which at least nearly 2 million hectares are in forest areas. The massive coal mining in Indonesia that has penetrated into forest areas is due to the large dependence of Indonesia’s electrical energy needs on coal. In 2022, the estimated coal demand needed by PLN for power plant power generation is 119 million tons[13].

In the case of PT KPC in East Kalimantan province, the company is estimated to have left 71 mining pits that have not been reclaimed, and in 2014, KPC was said to have polluted the Bendili River which caused regional drinking water companies to reduce their clean water production. In addition, this mining operation is also said to have caused damage and flooding of the Bengalon and Sangatta Watersheds last March 2022. Around 17,000 people were affected only in Sangatta, Kutai Timur[14].

The Japanese government and companies should also remember that they have a reasonable responsibility for the early closure of coal-fired power plants in Indonesia. This is especially remarkable in the Java-Bali grid system, where PLN is forecasting 40-60% reserve margins (2021-2030)[15]. There are three large power plants in which Japanese companies (J-POWER, Itochu, Sumitomo Corporation, Kansai Electric Power, Marubeni, and JERA) have invested, the Japan Bank for International Cooperation (JBIC) and/or Nippon Export and Investment Insurance (NEXI) have provided public support, and private banks, such as Mizuho Bank, Sumitomo Mitsui Banking Corporation, and MUFG Bank, have provided financing. These are the Batang coal-fired power plant in Central Java (2,000 MW), which started commercial operation in August this year; Units 5 and 6 of the Tanjung Jati B coal-fired power plant in Central Java (2,140 MW) and Unit 2 of the Cirebon coal-fired power plant in West Java (1,000 MW), which are expected to start commercial operation in the near future. All of the power plants have 25-year power purchase agreements with PLN.

We strongly urge the Japanese government to immediately stop promoting the false solutions to prolong the lifespan of fossil fuel-based energy in the name of energy transition, and to focus its sincere efforts on the early closure of coal-fired power plants, which should become stranded assets as described above.

Please kindly find attached here for the “Values and Principles for a Just and Sustainable Energy Transition in Indonesia" published by Indonesian civil society organizations recently, which we expect you will also look through carefully.

[15] The Institute for Energy Economics and Financial Analysis (IEEFA), “Indonesia Wants to Go Greener, but PLN Is Stuck With Excess Capacity From Coal-Fired Power Plants It’s Time for Japanese and Chinese Investors to Step Up and Be Part of the Solutio", November 2021, https://ieefa.org/wp-content/uploads/2021/11/Indonesia-Wants-to-Go-Greener-but-PLN-Is-Stuck-With-Excess-Capacity_November-2021.pdf 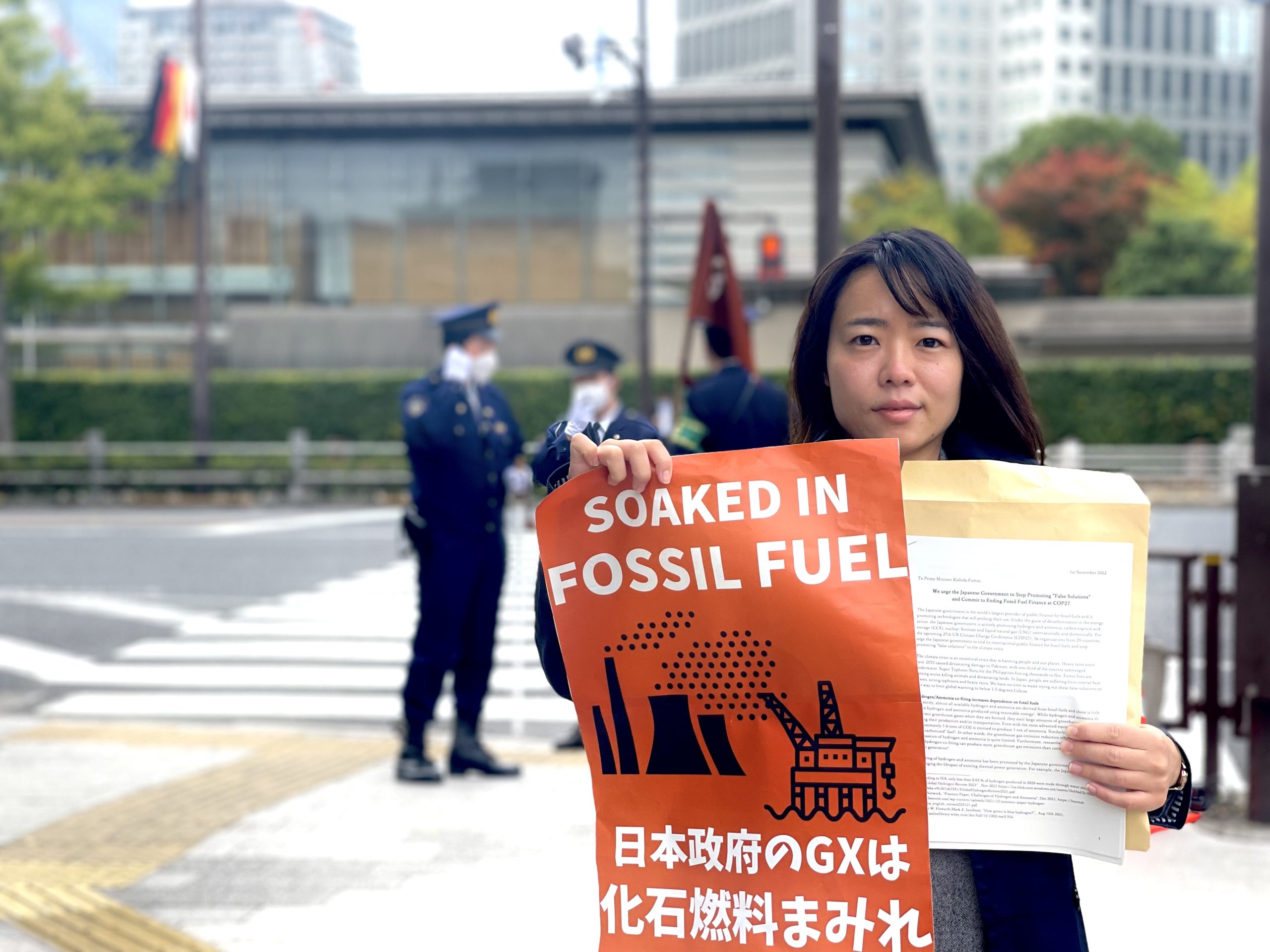