Friends of the Earth Japan

On January 18, 2022, we sent a letter to 125 major institutional investors holding shares in four Japanese companies that continue to finance four problematic projects in Myanmar. The four Japanese companies are ENEOS Corporation, Sumitomo Corporation, Marubeni Corporation, and Mitsubishi Corporation. Because the four projects may be financially linked to the Myanmar military, the letter asked the investors to engage with the four companies to ensure that the companies do not provide any revenue to the Myanmar military, which would finance its international crimes and grave violations of human rights, including murder, persecution, arbitrary detention, sexual violence, forced disappearance, and torture.

Following this letter, to date we have received substantive responses from 13 investors, three of which stated that they engaged with one or more of the four companies after receiving our letter. Further, two other investors stated that they were already engaging with companies that were not included in our letter but regarding Myanmar.

Some European investors actively asked for further information and our view in order to engage with the companies. On the other hand, Japanese investors, with one exception, sent us feedback that did not correspond to our request, such as an explanation of the investor’s human rights policy. They also did not disclose details about their engagement with the companies, including whether they were engaging at all.

Regarding the Yetagun gas project, Mitsubishi Corporation and ENEOS indicated through media reports after we sent our letter to investors that they are planning to withdraw from the project. However, we will continue to demand that the two companies take every measure to disengage from the project in a way that ensures that funds will not flow to the Myanmar military, and that they take responsibility for the decommissioning of the gas field, which is expected to be depleted in the near future.

The Thilawa SEZ Management Committee has a 10% stake in the Thilawa SEZ Development Project, and there is a possibility that a part of the dividend payments may flow to the Myanmar military. After the attempted coup, the military arrested and detained the chairperson of the Thilawa SEZ Management Committee and appointed a new chairperson. There are concerns that military involvement in the entire project may increase. The Japanese government has explained that the dividend payments are not being made for now and that the funds are being reinvested in the project, but it is unclear how long this measure can be taken.

The land for the Landmark Project (Yoma Central Project) is subleased from the state-run Myanma Railways. Although construction has been suspended, the military is in effective control of the Ministry of Rail Transportation which controls Myanma Railways, and there are concerns whether it is possible to ensure that the land lease payments do not flow to the Myanmar military.

Regarding the Thilawa Area Port Terminal Operation Project, because the military effectively controls relevant government ministries, it is not possible to reliably prevent payments under the concession contract with the Myanma Port Authority (MPA), such as usage fees, from flowing to the military.

In Myanmar, violence and human rights violations by the Myanmar military show no sign of stopping, and the number of victims of the military’s campaign of terror is increasing by the day. We call on investors to further engage with the four Japanese companies, and if the investee companies do not take steps to prevent the flow of revenue to the Myanmar military, to consider divestment.

The letter contained the below table.

Table: Possible flow of funds to Myanmar’s military via each project and steps requested of each company

*See the PDF version for footnotes. 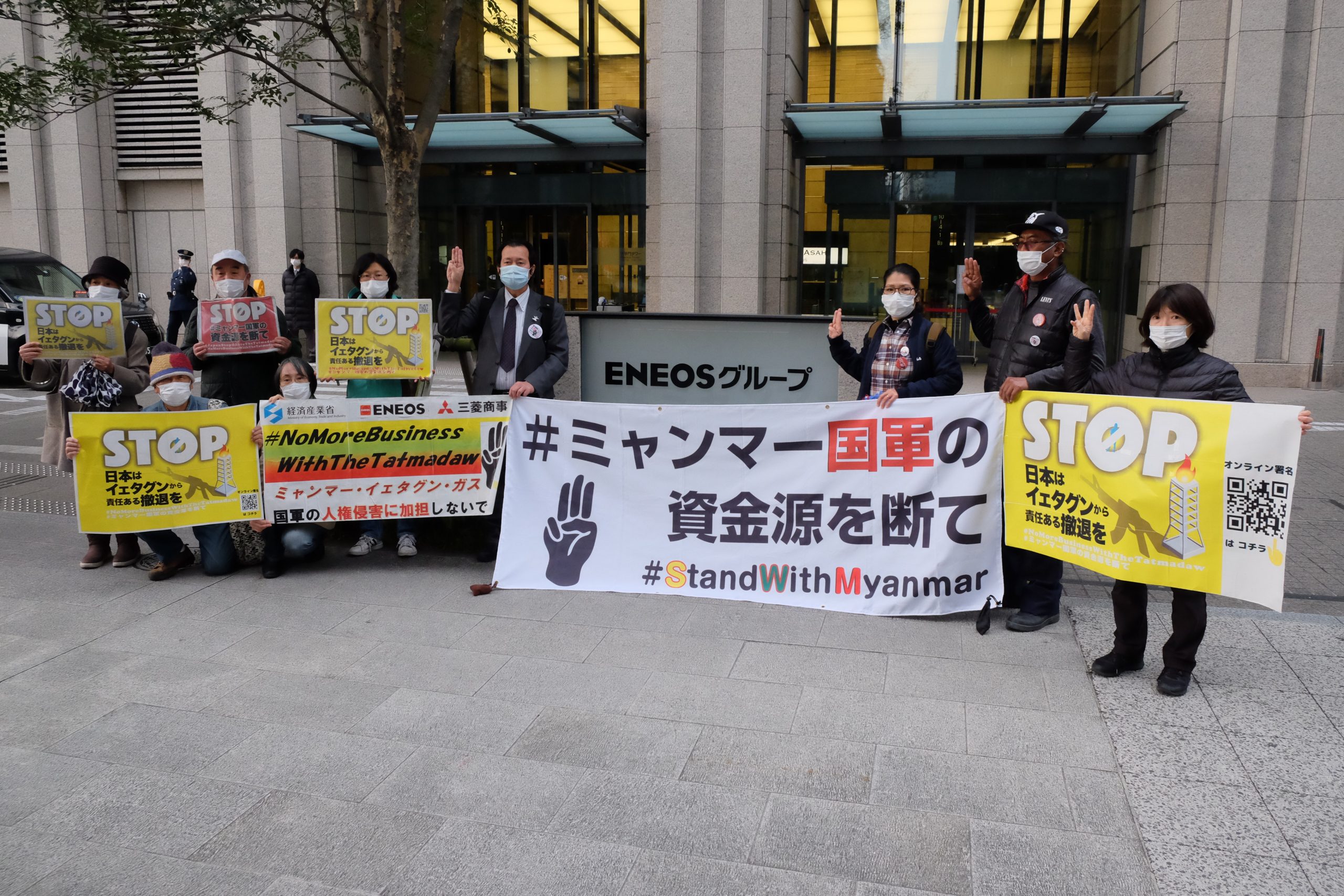 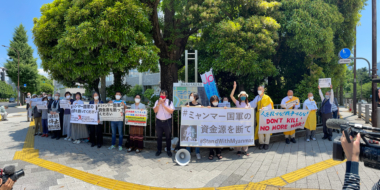